You are here: Home1 / About2 / Blog3 / Translation4 / Introduction to Asian Translation 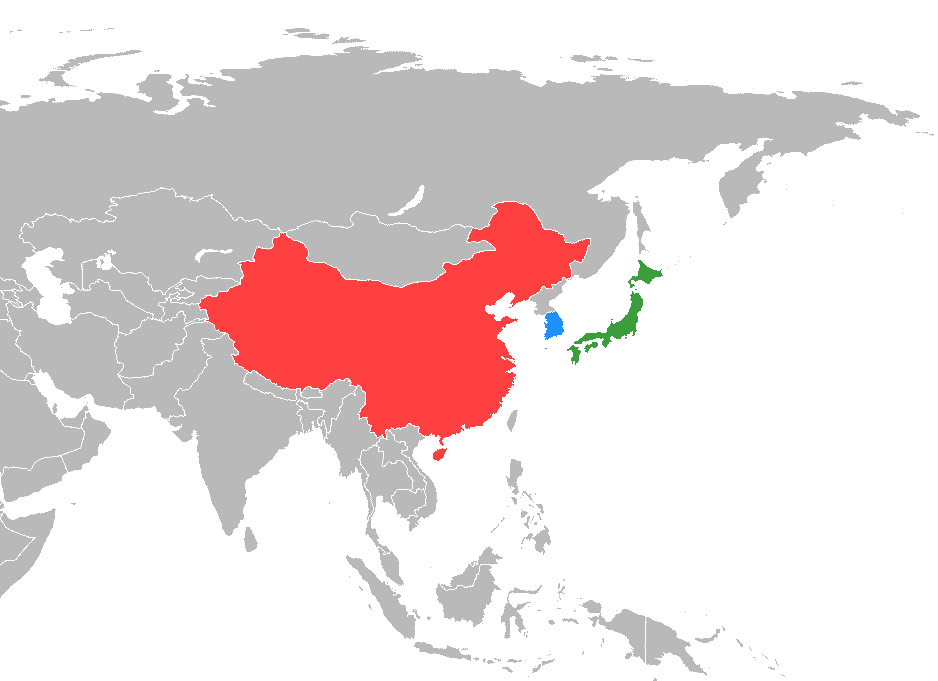 The vast potential of Asia is characterized by the fact that it makes up a large proportion of the world’s trade. Japan’s economy is second only to that of the United States.

Delivering translated product to Asian countries for the first time can be a very exciting and challenging time for organizations. Getting it wrong can be a very costly exercise. This guide helps to introduce managers and developers to Asian translations and give an insight to making the process easier and more cost effective.

Largest population in World. Population of 1.3 billion people. Due to the wide variations in dialect it is advisable to only work with local translators to ensure correctness. Chinese is described first because both the Japanese and Korean written languages borrow some of their appearance and structure from ancient Chinese.

Chinese is the most widely spoken language on Earth. Spoken by almost 1 billion people the peoples republic of chine and 18 million in the republic of china (Taiwan). Also 5 million each in Hong Kong, Thailand and Malaysia. It is also spoken by millions more in Singapore Vietnam and the United States.

There are many dialects of Chinese, but Mandarin is considered to be the standard, particularly in business use.

As the Chinese written form evolved both original and simplified versions emerged. Simplified is used in People Republic of China, Traditional Chinese is spoken in Taiwan.

Chinese
The Chinese language has no true alphabet. It is written using characters called ideographs, which represent objects and abstract concepts. The Chinese call their ideographs Hanzi.
The number of ideographs used in Chinese is huge. The largest dictionary contains some 40,000 Hanzi. For everyday use however such as reading a newspaper you need to know only between 2000 to 6000. Basic literacy is achieved with around 2000 Hanzi.
Hanzi text can be written either horizontally from left to right or vertically from right to left.
For most computer applications the horizontal format would be used, while formal documents and periodicals like newspapers use the vertical format.

You should not give clocks as gifts in China. The Chinese word for clock is very similar in
sound to the word for death. It can symbolize the end of a relationship or friendship.

Japanese is spoken by over 127 million people in Japan. Written Japanese is extremely complex.
In 3rd century AD the Japanese adapted Chinese ideographs for their language and this became known as Kanji.
However both Japanese and Chinese are very different grammatically and syntactically. The meaning of some borrowed Hanzi can be different in Kanji.

Kanji
The average Japanese dictionary contains some 20,000 kanji. The total number is use today is approx 7000. Again 2000 characters are required for basic Japanese literacy.

Kana
Kana are Japanese phonetic characters. An Kana character represents a syllable not a word or idea. Japanese can be written without Kana, however many Japanese words are written in Kana only.
There are 2 phonetic alphabets in Kana, hiragana and katakana. Each contains the same 52 characters, including nine consonants and five vowels. Hiragana are cursive in shape and mainly used to write words not provided by Kana. Katakana characters are angular and are used for items such as medical and scientific terms. It is also used for words that are not of Japanese origin.

Romaji
The Japanese also use Latin letters to write phonetically. Romaji is frequently used for working with computers.

Japanese text is traditionally written vertically from right to left, with no spaces between words. Modern technical texts tend to be written horizontally. Publications such as newspapers can contain both horizontal and vertical text.

Korean is spoken by about 68 million people in Korean (45 million in South Korea and 23 million in North Korea).
The Korean script is based on the Hangul subscript, devised in 1443.
Although unrelated to Chinese some Chinese characters called Hanja are often mixed with Hangul.
The Korean alphabet is called Hangeul. It has 40 letters called Jamo, each of which represents a single consonant or vowel. However the Jamo can change shape when different letters are combined. So the 40 Jamo characters can represent some 500 different forms.
Modern Korean is usually written horizontally from left to right, top to bottom. The traditional vertical top to bottom, right to left orientation is still used in newspapers.

Software Testing Tips
Most Asian written languages have been adapted to facilitate communication with “western” cultures. So for software developers any product that supports these languages such be able to handle left to right English like text.
Mock Translation One of the fastest and most cost efficient method of testing your product for Asian languages is to Mock Translate the product.
This process involves adding Asian characters to every string , dialog or visual component of your software.
So instead of using ‘File’ you might use ‘File ‘ This text would then appear in the file menu and an English speaker could check the product was functioning correctly under Asian windows.
It also gives the added benefit of testing the product for string length growth. So in a dialog box for instance you would see if the text areas need to be bigger. Its always better to design your base product with about 20% more space in all dialogs to make translation easier. The same applies to manuals.

Sample Files:
Another useful testing technique is to use multilingual test files.
You can create a standard test file with text such as JapaneseTestFile.TXT ChineseTestFile.TXT

Using standard files like this for testing helps test engineers as there is a fixed input to all tests and a standard output. Simply importing/exporting test files like this will highlight many issues in your software very quickly and easily for you.

Translation
Before you begin your translation projects you should consider the following issues:

DTP Costs
As Asian languages are more difficult for westerners to read you may have to outsource your DTP work. You should include a factor for external DTP or software UI correction into your localization budget.

Vendor Selection
When it comes to choosing your vendor always ensure that the translators are based in country to ensure you get the correct local dialect for the target language.

English software typically use about 100 different character to represent words and numbers. So a single character can bit store in a byte—being 8 bits. Asian characters on the other hand can utilize over 10,000 symbols to display its messages. To facilitate this software systems utilize what is termed Multi-Byte of Double Byte Character Systems (DBCS) to store  text/characters. Multi-Byte character support needs to be included in all your software.
A common error in software development is to use 3rd party software (software libraries, DLL, OCX etcs) that are not DBCS enabled. The development team sometime only find this out when they go to translate the product to Japanese of Chinese. So the product then has to be re engineered to fix the issue which is incredibly expensive.

You should always check all 3rd party software correctly supports your target languages before you start. Better still ask the supplier for the translated versions!.

Keyboard: Another important consideration is that keyboards only have some 100 plus keys. So a special entry system is used to enter Asian characters.

3. UI Separation:
Keep your UI separate from the code. Don’t hard code strings. If you do the translators can see them.

4. Concatenation:
Don’t concatenate strings as not all languages do this. So your code may have be re-engineered later.

5. Chars:
Do not use ‘Chars’ for string parsing.

6. Expansion:
Leave at least 20% expansion room on all dialogs.

7. No Assumptions:
Never assume default values. The default page format in US is ‘Letter’, but not so around the globe.

Locale Testing—Issues to look out for

When it comes to the final testing for your product always check the following.

It’s a common error to have data in your sample files that causes internal problems. There is a tendency for example to use flags in software to signify country information. This can be politically sensitive in some countries.

GRAPHICS. Remember that the outsourcing of graphics creation and translation is expensive. Particularly so in Asian languages. However with careful planning and some good design this need not be so.
Clever design of your graphics can eliminate cost translation. If you remove the text from the actual graphics this will reduce the cost of translation by more that 95%.
Remove all localisable callout text from graphics and include it in the documentation’s text so that it can be added to a translation memory for reuse.

Replace the callout text with numbered (not lettered) callouts arranged clockwise on graphics and cross-reference the numbers to the text into the main document. This allows the same graphics to be automatically reused in all localised versions.STAR will help you address these and other painfully costly graphics localisation issues so that your picture can really paint a thousand words – in any language.

STAR is the 4th largest translation service and technology companies worldwide and the 2nd largest translation technology company. Headquartered in Switzerland, STAR Group is the largest privately held Translation Company in Europe. The company has over 20 years experience in technical information services and employs over 750 employees, working in 35 offices on 4 continents.
We help our clients grow their international sales by providing industrial strength technical translations.
Visit us on to the web https://www.star-ts.com

Asian Translation Strengths
Doing business in Asia is a big step for many companies. As the 2nd largest economy in the world it is an exciting market. STAR’s strong presence in Asia is determined by our conviction that in country translation teams deliver the highest quality.
Our Asian offices are based in:
• Japan
• Korea
• Indonesia
• Taiwan
• China

Localization: Getting it right first time Reduce your translation costs in ten ways
Scroll to top