You are here: Home1 / About2 / Blog3 / Better English4 / What is the difference between ghost and ghoul? 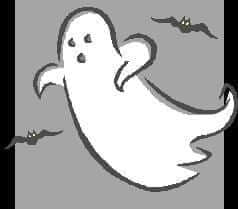 What is the difference between a ghost and a ghoul?

A ghost, or spectre or phantom, is an apparition of a dead spirit or a soul. The descriptions of this apparition varies from invisible presence to a translucent, albeit visible shape.

In many traditional accounts, ghosts are out for revenge or have to stay on earth because of the bad things they did during their lifetime as mortals.

A ghoul is an undead monster which eats human flesh. It’s an evil demon who is able to take the form of an animal often a hyena, but also the form of the most recent person whom it has eaten.

Even though it can change its shape, it has one unchanging feature: donkey’s hooves for feet. This creature also drinks blood and steals coins.

There are big differences between these two supernatural creatures. Watch out when you’re trick or treating!

What’s the difference between crocodile and alligator?

Quiz: Are you a Movie and Book Language Rockstar?
Scroll to top