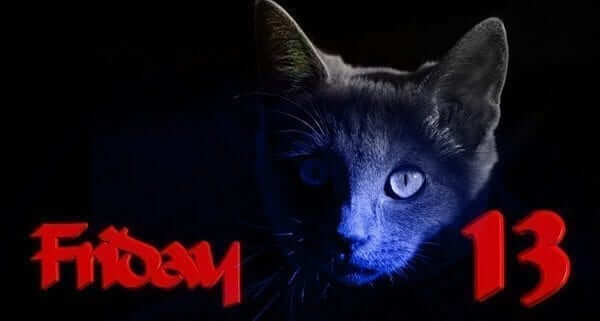 Friday the 13th, the unluckiest day

Today is Friday the 13th, one of the unluckiest days of the year in the Western world. The fear of the number 13 —triskaidekaphobia — goes back to Mediaeval times when the story of the Last Supper and crucifixion of Jesus Christ became commonplace among religious scholars.

Although Friday and the number 13 were both considered unlucky, the two together were never seen as extraordinarily unlucky by the superstitious.

It’s not quite known how the unlucky number 13 and Friday converged to become synonymous with fear and dread, but it wasn’t heard of before the nineteenth century. Paraskevidekatriaphobia, the fear of Friday the 13th may attribute its origin to Thomas W. Lawson’s popular novel Friday, The Thirteenth, published in 1907. In it, an unscrupulous broker takes advantage of the superstition to create a Wall Street panic on the day. Thanks Thomas!

Others have suggested that the unholy day has its origin in a list of disasters and catastrophes that have occurred. Below are some of the more memorable ones.

Many other horror stories have made headlines around the world that affirm our worst fears surrounding this day.

Albeit, in Italy, the number 13 is known to bring good fortune; it’s Friday the 17th when Italians are most superstitious. This phobia has its origins in the Roman numeral for 17: XVII; however, when shuffled they read VIXI, meaning ‘I have lived’; this implies that death is present.

Despite this old myth, young Italians have been Americanized by popular culture that they now regard Friday the 13th as equally dreadful.