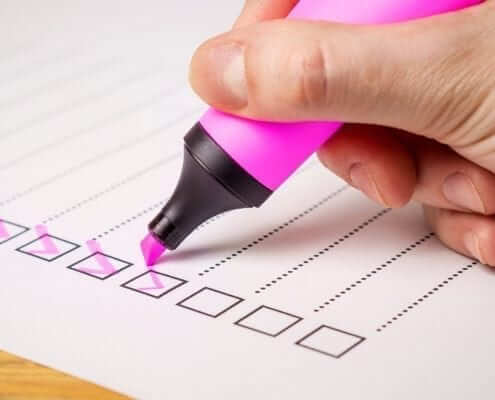 How to use inverted commas and quotation marks

Here are some general guidelines on how to use inverted commas.

Quotation marks must be used to enclose direct speech or a direct quote:

-The teacher said, “Class is dismissed.”

They are not used for indirect speech, where what someone said is paraphrased:

-The teacher said that the class was dismissed.

-“Please sit down,” the teacher said, “the class has not ended.”

Depending on whether the original quotation is enclosed in single or double quotation marks, use the other form to enclose a title, piece of dialogue or direct quote that appears within the quotation:

-“I overheard him shout, ‘Please close the door.’” Michael said.

The end of the sentence has two separate sets of inverted commas: a single mark to end the quotation and a double mark to close the quoted speech.

British and US usage of punctuation with inverted commas is the same for question marks, exclamation marks, colons and semicolons but varies for commas and full stops.

When a semicolon or a colon appears at the end of a quotation, put it outside the quotation mark:

-I heard the assistant say, “The customer service desk is on the 1st floor”; however, I didn’t hear him say, “The desk is currently closed.”

-Did you sing, “Happy Birthday”?

In the US, commas and full stops are nearly always placed inside closing quotation marks. This is also used in British English in fiction and journalism:

-“Sometimes,” George replied, “I prefer to cycle to work.”

-“Sometimes”, Laura said, “I walk to work with a colleague.”

Sarcasm, irony and the non-standard use of words

A common use of inverted commas is to highlight ironic or sarcastic words in a sentence:

-He is wearing a very “fashionable” jacket.
-The secretary called in “sick” today.

Quotation marks can be used to indicate that the writer is using a word in a non-standard or unusual way:

-The study shows that the drug “knows” which cells to target.

They can also draw attention to slang, jargon or humorous usage.

-The police blamed the spate of attacks on the rise of “happy slapping”.

A writer can also use quotation marks to distances themselves from the terminology used, whether because the term is not correct or is controversial.

Quotes are sometimes used incorrectly for emphasis where underlining or italics would be preferable. This can unwittingly alter the meaning of the text by suggesting that the word does not carry its true meaning:

Writing for buyers, an analysis of Gobbledygook