If you are struggling to choose which female honorific is the most appropriate to address the modern woman, be sure that you are not the only one. It is not an easy question.

Below we have detailed an explanation of Mrs, Ms, and Miss that should help you to address ladies correctly.

The three nouns, or titles, Mrs, Ms, and Miss appeared in the 17th century and come from the female English title Mistress which was used to refer to all women. The full stop of the abbreviations is generally used in the USA and Canada, whereas in the UK and Ireland the abbreviations are commonly written without any full stop.

Ms. is slightly old fashioned compared to the two other titles but has been revived in the 20th century.  This English honorific is mostly used in business and public life to address a lady. This is generally used when her marital status is unknown. It is neutral regarding marital status. The plural for Ms can be Mss or either Mses. You may also use the French plural “Mesdames” abbreviated Mmes.

Miss is used to refer to an unmarried woman, or girls under eighteen in some countries. Miss alone is frequently used by schoolchildren to address a female teacher no matter what her marital status is. The plural for Miss is Misses or you may use the traditional French “Mesdemoiselles”.

Finally, Mrs. is strictly used to refer to a married woman. For the plural you can use the French plural “Mesdames” abbreviated Mmes like for Ms.

Some women may have a preference for Ms., Miss, or Mrs. and if a woman has a professional title, it is more appropriate to use that title such as Doctor, Professor, or Captain instead of Ms, Miss, or Mrs.

Everyday vs Every Day 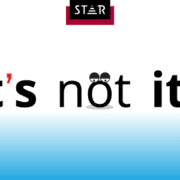 What's the difference between it's and its?

What's the difference between among and between?

What's the difference between among and amongst

Any Authoring Errors in the English Language