You are here: Home1 / About2 / Blog3 / Better English4 / What’s the difference between among and between?

Difference between among and between?

Use between for two elements and among for three or more elements. We use among when something is in a group or a crowd of people and we use between when it’s two things. However, there is the exception of saying, Let’s keep it between us. The subjective pronoun us may refer to two or more people.

Examples of the use of among: They discussed the issue among the group; let them talk among themselves.

Examples of the use of between: They bought the house between them; I will be able to choose between French and Italian for my first language to study.

Note: Some people use among and between about two people and they could use it for three or more depending on how they write or say it.

What’s the difference between among and amongst 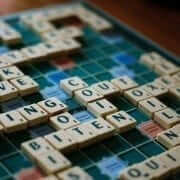 How to use the Comma in English | Basic Comma Rules