You are here: Home1 / About2 / Blog3 / Translation4 / Moonwalker: The Making of a Video Game

Damian Scattergood, our managing director, actually wrote the video game back in 1988. The game was based on Michael Jackson’s anthology film of the same name. A dance technique: Moonwalker was one of Jackson’s trademark moves. The name was actually dubbed by the media and not Jackson himself.

“A game like no other”, Michael Jackson’s Moonwalker video game was a success.

A full transcript of the interview is available to read on RetroGameGeeks.co.uk. 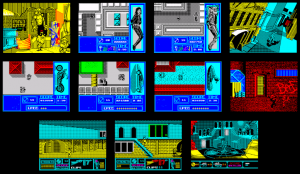