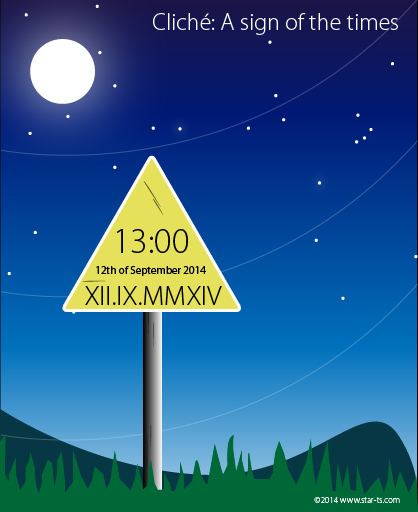 Clichés: Give It To Me Straight!

A cliché (also cliche) is an expression, idea, opinion or phrase that was once considered an original metaphor, but over time became overused and unoriginal. They were used to convey a novel approach or, to some effect, explain an artistic element.

An English playwright named John Heywood, wrote a book in the 1500s: the book of proverbs, which catalogued clichés and figures of speech common at the time. These were considered original, witty and informative. Today, however, they’re tired and unwitty, but we use them nonetheless.

You’re probably trying to remember some tired clichés — the ones your  mother used regularly — explaining the repetition of daily chores, perhaps.

All the above examples may paint a clearer picture for you, but what’s the purpose of a cliché and how did they come to be?

We already know that a cliché is a phrase to express an idea. They’re also traditional in form which, due to their repetitive use in social life, have a heuristic power i.e. enabling others to learn. It has been stated among certain sociologists that clichés manage to stimulate behaviour without reflection on their meanings. To some degree, they are automated phrases used to aid understanding. A cliché can spark further cognition, emotion, volition and action.

Cliché was pulled from the French language around the mid 19th century. A cliché was a printing plate cast from movable type. It’s a past participle of clicher, to stereotype. In the early stages of printing movable type, letters were placed one at a time as it made sense to cast a phrase used repeatedly. The word cliché came to mean such a ready-made phrase.

Capitalise That, Capitalisation!Great Scots! Scots Gaelic and English Stay Together
Scroll to top