You are here: Home / About / Blog / Better English / The World’s Smallest Book On English 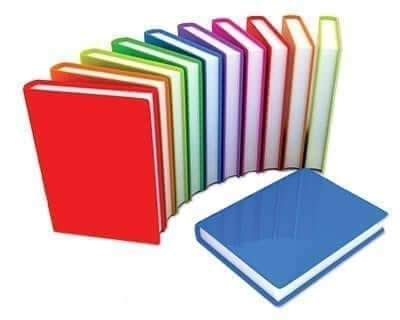 We have all learnt English in school, but probably have forgotten some of the finer details of the fun stuff. So we thought we would write “The World’s Smallest Book On Spicing Up Your English.” on English, specifically figures of speech for you to enjoy. This should give you some good excuses to spice up your next conversation.

Chapter 1: How do you spice up your English?

Here are some interesting ways to add flavor to your language.

Alliteration: When in a sentence the same letter is repeated at the start of each word: Somebody said something to Sarah. So you get a great sounding sentence.  So She Said Successfully!

Assonance: When words repeat the same vowel sound, a resemblance of sounds and a bit like alliteration. How Now Brown Cow!.

Euphemism: Replacing an unpleasant word with something that is not so aggressive. We talk about the Grim Reaper instead of “Death”, or the “He passed away” instead of “He Died”

Hyperbole: When you say something exaggerated for effect. The classic is “I’ve told you this a thousand times” or “Not in a million years”

Litotes: This is where you understate something  – when ‘good’ means ‘very impressive’. It sort of like when someones shows you a trick that is really brilliant and you say “not bad!”, but mean – “cool”.

Metonymy: An odd one this, where you replace a suggestive word to mean something else. Replacing words with some that are closely related. So an example might be in the US where you can say “it was approved by Washington” instead of “approved by the US Government”.

Onomatopoeia: Words that sound like the action they describe. “Buzzing”, “Hackling”, “Bubbling”.

Oxymoron: Putting two words that do not make sense together because they contradict each other  eg: silent scream, same difference, bitter sweet.

Personification: Also known as Anthropomorphism is where you give human qualities to an inanimate object. Typically comments like the “Wiley Fox” or the “Proud Lion” and “Cheeky Monkies” are examples of personification.

Simile: Comparing something “like” something else. “As dead as a dodo”.

Synecdoche: Is where a part is used to represent the whole. For example a radio is often referred to as “a transistor” or a group of workers might be called “Hands”, “All hands on deck”.

Epilogue (this is the end bit!)
Caution – Use English Wisely

It’s great to spice up your English, but we share this little book of wisdom with a word of caution.  Embellishment when it is not required drives us crazy!

“New and Improved”. – How can it be improved if it’s new?

“A loud explosion” – Are there quiet explosions?

or even worse “a violent explosion”  – we only like the soft ones.

And finally have fun with English and remember if we’ve told you a thousand times before – don’t exaggerate!

Do you have sentences that annoy you?  Send them to us we’d love to publish them on our blog.

Is there a space before a question mark? What’s the difference between OK and Okay?
Scroll to top