You are here: Home1 / About2 / Blog3 / Better English4 / A Brief History Of The English Language

English is a West Germanic language. Its history and origins are divided into three stages:

A Brief History Of The English Language

Otherwise known as Anglo-Saxon, was formed between the years 700 and 1100 AD. The first English words arrived in England during many invasions from people in neighbouring lands such as the Jutes from Denmark, the Angles and Saxons from what is now modern day Germany, the Frisians from what is now the northern Netherlands & parts of Belgium and the Nordic Vikings from what is now Norway and Sweden. There are still a great number of Anglo-Saxon words used today, as a result of the communication between these various Germanic peoples. Take the English word call: its origins lie in the Viking word, “caellian” meaning, to call or to scream.

Scandinavian and German influences are felt today, but Old English is very far from the current English you and I know well — its alphabet is almost unrecognisable.

From 1100 AD onwards, and into the dark ages, signified an important advancement of the English language. It was from the late 12th century to the late 15th century that Middle English was predominantly spoken throughout the island of Great Britain. When William I of Normandy, also known as William the Conqueror, won the battle for England against the Anglo-Saxons, he was crowned as William I, Norman King of England. Norman-French became the court language and 65,000 emigrant French scholars brought their language influences with them, too. The common people of England still spoke Old English, however, over time French words gradually made their way into the slowly evolving Middle English dialect. To this day, many French words are still in use, as they were mostly new words without an English equivalent.

One English word of interest is ‘dandelion‘. Having arrived in Middle English during the late middle ages; anglicised from the Old French word ‘dent-de-lion‘, it literally means ‘lion’s tooth‘. There is no record of this plant having an official name in old English. Although it has had many colloquial names attached to it throughout early Mediaeval European history. Perhaps you may have heard of ‘piss-a-bed‘ or ‘blowball‘ or, ‘Irish daisy‘.

From the late 15th century, the humble inception of Contemporary English began. Just before the initial stages of the Renaissance in the Italian states, English began to have a real grammatical structure. There is a strong influence of Greek and Latin with words like maternity, skeleton, vacuum, explain & system. The English representative of this period of ‘rebirth’ was William Shakespeare (1564-1616), one of the World’s most famous writers. Shakespeare was known for bringing new life into ancient classical words and even creating some of his own. The word ‘moonbeam‘ is one such example of his clever contractions of already existing words, but by placing them together he gave them new meaning.

Even today, one can see minor changes that countries like the United Sates, Canada, Australia & New Zealand have made on English. All Languages continue to evolve over time, especially the English language because it is so widely spoken. Who knows what English will look and sound like in one hundred years time. 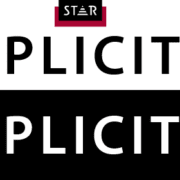 Do you trust explicitly or implicitly?

Writing for your buyers, an analysis of Gobbledygook