You are here: Home1 / About2 / Blog3 / Languages4 / The Migratory Language Welsh 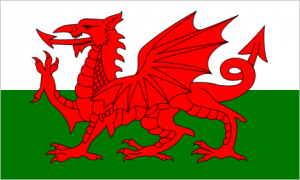 Over 150 years ago,  some 150 Welsh migrants took to the seas seeking a new way of life in the new world.

They gave themselves three places to choose from as their new home: Vancouver Island, Palestine or Argentina. Ultimately they chose Argentina to settle and establish a new colony as their home — a valley named Chubut in the region of Patagonia. The reason for their decision to settle in that part of South America was one of isolation. At the time, there were no other European settlements in the region, only indigenous tribes.

There was a lot of political radicalism in Wales during the 19th century and a growing sense of Welsh national consciousness engulfed many rural communities. They wanted to retain their national identity without the possibility of a passive English language invasion.

One man named Michael D. Jones, a radical, a religious man and nonconformist, was tired of the political and religious influences the English had over the Welsh population. Jones was a believer in the preservation of the Welsh language and traditions. It was he who became the leader of this like-minded community of travellers and partly his decision to travel to Argentina.

Jones had a single objective: to build a new Welsh colony overseas. One that is self-governing, democratic and nonconformist.

As all new beginnings bring hardships and struggle, the new Welsh colony had to overcome many difficult obstacles. When they arrived in 1865, they lived in caves along the coastline. But as the years went by, they experienced a golden age, a period of good fortune and prosperity: a time of economic and cultural growth swept through the settlement. They spoke only Welsh and preserved many national traditional such as the Eisteddfod (a traditional ceremony called “the chairing of the bard”).

Decades later, the Argentine government stepped in and enforced all community settlements in Argentina to learn and speak only Spanish. This meant that Spanish could only be taught at schools.  There wasn’t much the Welsh community could do but slowly adapt as the Spanish language took hold and Welsh eventually lost the battle. However, some families kept the language in the house. Old world Welsh traditions didn’t die out either and are still practiced to this day.

One hundred years on, 1965, there was a growth in interest in all things Welsh. Welsh culture and language began to reassert itself into the settlement. The small village in Chubut was finally connecting to Wales and there was a sense of appreciation among the villagers of the pioneering role the first settlers played.

Michael D. Jones migrated from Wales to save Welsh national identity and establish it elsewhere. But what he failed to realise was, that with immigration comes assimilation: the new country creates its own, new identity. However, the Welsh-Argentine community of Chubut will always remain proud of its roots.

Secret of Santa Claus, Track Santa Claus on His Journey
Scroll to top