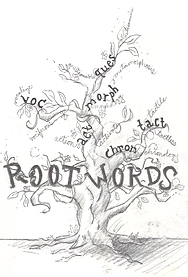 For many European languages, Latin is a common root language, as it is for the Romance languages which Latin gave birth to. Spanish, Portuguese, French and of course, Italian and Romanian wouldn’t exist as they are today if it weren’t for Latin or what was once called Vulgar Latin. It is useful to note that “vulgar” does not relate to the pejorative meanings like ‘tasteless’ or, ‘indecent’ but rather to its original meaning: ‘common’ or, ‘vernacular’.

With the then widely growing Roman Empire, classical Latin became an influential language. It is from Latin that we derive such words as ‘Salary’ and ‘Sausage’. These two words actually have a common origin having entered the English language in the 14th century. Salary derives from the Latin ‘salarium’, which meant ‘salt-money’.

To Roman soldiers of the time, salt was an important commodity, as it was a mineral used to preserve foodstuffs.

‘Sausage’ was another addition to English in relation to salt with its root Latin word ‘salsicium’, which meant ‘meat made with salt’ or, ‘salted meat’. Let’s break them down: both words begin with ‘sal’, which means ‘salt’. Other words such as salsa and salata are Latin for ‘salted’. But today they take on entirely different meanings, as a salsa is a sauce and salata is a salad.

How about some true English words. There are words like ‘silly’ and ‘nice’ that had very different meanings in the past. When ‘silly’ was first used about a thousand years ago, it meant something or somebody that was happy or blessed. As time passed, it adopted the definition of being innocent. Once again it changed to mean a person who one should feel pity because there is something “wrong” with them, and a silly person was once a feeble-minded one.

As you may know, one can be silly but intelligent. A silly person to me is one who lacks common sense or good judgment.

And what about someone being described as ‘nice’, I hear you say. Well, nice arrived in the English language during the 1300s. It referred to a person who was ignorant or foolish. Having shift to another negative side with definitions as ‘lazy’, ‘fussy’ or ‘showy’ as the centuries moved. Before the 1700s, ‘nice’ was associated with well-dressed people, careful persons and, also, those who were particular. One could say that being particular is similar to being fussy, though.

Post 1700 and the word ‘nice’ was an indicator of a large number of positive traits, as opposed to its negatively defined roots. Isn’t that nice?

A Brief History Of The English LanguageWho is the fastest speaker in the World?
Scroll to top