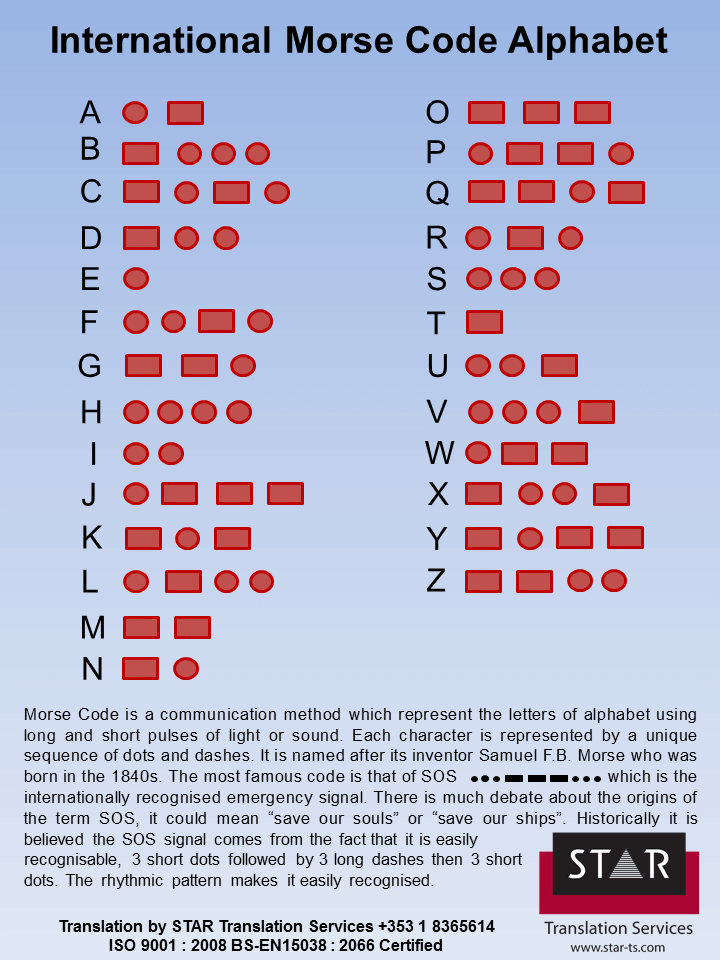 Morse Code is a communication method which represent the letters of alphabet using long and short pulses of light or sound. Each character is represented by a unique sequence of dots and dashes. It is named after its inventor Samuel F.B. Morse who was born in the 1840s. The most famous code is that of SOS •••–––••• which is the internationally recognised emergency signal. There is much debate about the origins of the term SOS, it could mean “save our souls” or “save our ships”. Historically it is believed the SOS signal comes from the fact that it is easily recognisable, 3 short dots followed by 3 long dashes then 3 short dots. The rhythmic pattern makes it easily recognised.

A Unique Moment in Time

How do you write for translation?
Scroll to top