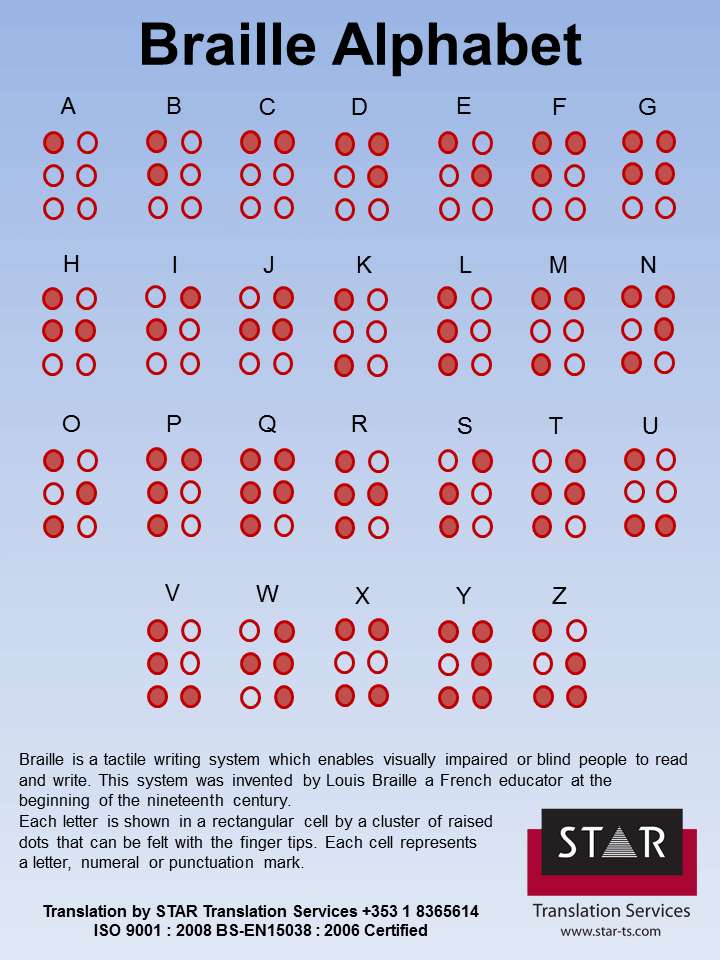 Braille is a tactile writing system which enables visually impaired or blind people to read and write. This system was invented by Louis Braille, a French educator at the beginning of the nineteenth century.

Each letter is shown as either a rectangular cell or a dot. The groups of cells and dots are raised from the surface so that they can be felt by the fingertips. Each cell represents a letter, number or punctuation mark.

How do you say Saint Patrick’s Day in Irish?

A Unique Moment in Time
Scroll to top