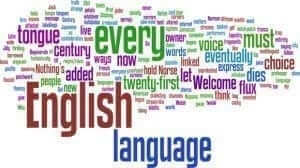 A million words of English!

The Global Language Monitor recently reported that the English language will soon have its 1 millionth word.

We currently stand at 999,544 words in the language just 456 words short of the magic number (A million words of English).

Learn more about language statistics on the LanguageMonitor.

It is an interesting fact that you only need about 150 words in any language to communicate. The English language has grown consistently over the last number of years impacted from a number of areas. New technology brings new word, phrases and concepts. Slang and everyday words on the street again raise themselves to the common language.

The Urban dictionary keeps an eye on the slang and has released recently new words such as “Gank” which means to steal. “I ganked the cash to get the new shoes.” For example.

With so many new words in the language it is no wonder communication issues can arise.

We’ll leave you on a final point to ponder from Peter Drucker the famous business guru.
“Its not what is being said – but what is not being said, that is most important”

STAR Translation Services: Helping you communicate in a global environment.