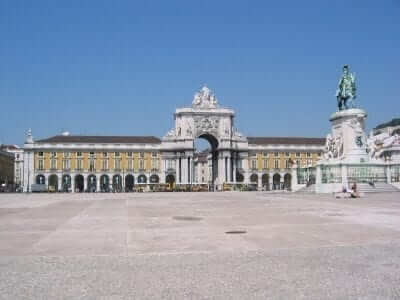 If you need a Portuguese translator, we can help. All our translators are native speakers who live in-country. Employing native Portuguese speakers with specialist translation expertise we can deliver a complete solution to you for all your multilingual requirements.

We make the most complex of Portuguese translation jobs easier for you. Read our Quality Process

Working with customers such as BMW, DaimlerChrysler, Mowag and Tag Heuer for over 20 years, STAR has extensive experience in the automotive and technical engineering sectors. Our translation teams’ expertise delivers the best technical translations for your projects. This is a key factor in delivering quality services to your customers.

Read more about our technical translation for the Automotive Industry and Engineering Sectors.

Information you need to know

Portuguese isn’t just spoken in Portugal but in Brazil and several African nations including Mozambique and Angola.

For example, if you go to Brazil and ask to buy a ‘camisola de futebol‘, i.e. a football shirt in Portugal, you might get some strange looks, as in Brazil ‘camisola de futebol‘ means ‘football nightdress‘. In Brazil, if you need to go to the toilet, you’ll ask to go to the ‘banheiro.’ But if you request a banheiro in Portugal, you’ll be pointed in the direction of a lifeguard.

There are also some differences in grammar such as different positions of pronouns and the Portuguese use of the pronoun ‘vós‘, which is very rarily used in Brazil.

The Portuguese alphabet consists of 26 letters, plus 11 letters with diacritics such as the cedilla (Ç).

Brazilian Portuguese is a syllable-timed language, in contrast to English. This can result in learners having serious difficulty reproducing the appropriate intonation patterns of spoken English. This is less of a problem for European Portuguese speakers whose Portuguese variety is stress-timed much like English. Portuguese contains about nine vowel sounds (plus six diphthongs) and 19 consonant sounds. This is fewer than English, and there are fewer consonant clusters.

Portuguese word order is a little more flexible than that of English; and there are variations between the two languages in the placement of adjectives, adverbials or pronouns and in the syntax of sentences containing indirect speech. Following are some further grammar differences that may result in interference mistakes.

Firstly, English prepositions are difficult for Portuguese learners since their own language has far fewer, and there is no simple correspondence between those that do exist and their English equivalents. Secondly, there is a single possessive pronoun for his or her, which agrees in gender with the item ‘possessed’. This can lead to ambiguity in sentences such as ‘She’s having lunch with his or her brother’.

Personal pronouns, especially direct object pronouns, are often omitted in Portuguese, which gives rise to mistakes such as ‘I told’ (‘I told him’). Thirdly, there is only one question mark in Portuguese, in contrast to English which has several different ones depending on the tense and form of the opening words. Errors such as ‘She’s coming tomorrow, isn’t it?’ are the result.

Punctuation corresponds largely to that used in English.

Because of shared Latin roots, there are many English or Portuguese cognates which can facilitate the acquisition of a strong academic vocabulary, i.e. there is less overlap in everyday vocabulary of the two languages. A corollary of cognates, of course, is the presence of false friends.

Here are just a few of the many that wait to trap the Portuguese learner of English:

When translating from English to European or Brazilian Portuguese, ignoring the gobbledygook is not the right solution. Translation is not about changing one language into another on a word-to-word basis. It´s about understanding the nuances of the language, translating by the rules, making it culturally relevant and catering it to the target audience. Here are a few mistakes that newbies in translation make and that should be avoided.

When English text is translated into European or Brazilian Portuguese it can be 30% longer. The increase in sentence length can cause certain issues like the increase in the number of pages in the translated document, resizing text boxes, adjusting UI for software and the like.

How to say I love you in Portuguese

Getting started is easy