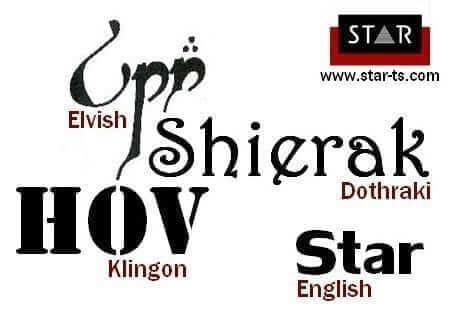 What is a Conlanger?

Are you familiar with “Game of Thrones” and its languages Dothraki and Valyrian? Did you know that the language spoken by the inhabitants of the Dothraki Sea: Dothraki, was created from scratch by David Peterson?

Peterson isn’t the only one fascinated by languages, the writer JRR Tolkien, author of “Lord of the Rings” created his own language, Elvish, even before he started to write the trilogy.

Language creation has existed for centuries and their creators are called conlangers. Paku was the first language created for “Land of the lost”, by UCLA Linguist, Victoria Fromkin. According to the Dothraki’s creator, it is a hard job and you need focus to create a sentence while maintaining the correct vocabulary and grammar. The grammar structures are one the hardest challenges to design when creating a language.

Today, created languages are growing up as the fans are more demanding and are very careful about the translation clarity. There are quite number of artificial languages in use today.

Trekkies will all be active Klingon speakers and Star Wars has a variety of languages from the various planets around their universe. Other languages include Ithkuil, Irathient and Castithan, both created for the Syfy channel drama series, Defiance.

As the world advances, sci-fi fans are starting to embrace their favourite conlangs. Some know how to speak Dothraki better than Peterson himself!

For our Irish readers, below is a famous Irish proverb translated into Dothraki.

If you want to learn more, visit the following links.

Reckon you know all about languages in TV, Movies and books. Try our super cool language quiz.

What is a Tittle?

Writing for buyers, an analysis of Gobbledygook
Scroll to top