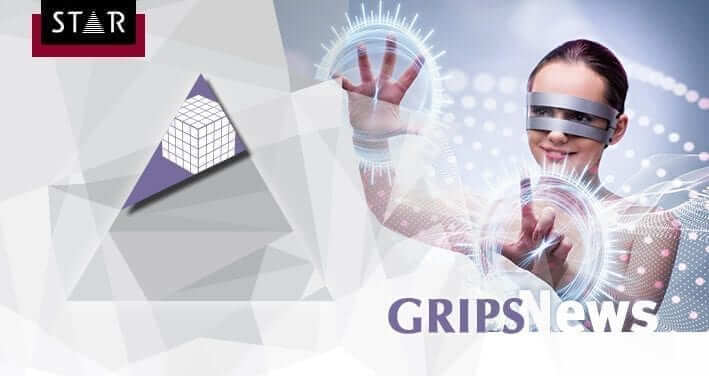 In the last update, we introduced the “3D Integration Engineering Performance Package”, a system with which illustrations can be created in a more productive and flexible way.
Over the last few months the package has been further developed and, from Q4 2017, a version of the GRIPS 3D Editor will be available that includes additional features. 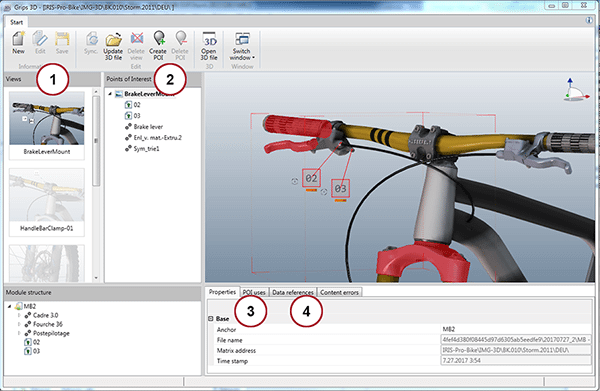 Views
The “Views” panel in GRIPS (1) provides a clear list of the views that have been defined in CATIA Composer. These are views of the 3D object and can be referenced in IRIS in the same way as images. To show that they are in use, any views that have been referenced (linked) in the IUs are marked with a padlock symbol. In an HTML publication, the user can open the 3D object in an interactive 3D display by clicking on the thumbnail and then move the object as desired.

Points of Interest (POIs)
POIs are parts, assemblies or call-outs that can be referenced within a view and that are dynamically emphasised in the interactive 3D display. They are defined in the 3D Editor and assigned a view.
The “Points of Interest” panel (2) shows all POIs in the view that is open. Points of Interest are referenced in IRIS (using REF-3D-OBJECT). To show that they are in use, any POIs that have been referenced (linked) in the IUs are marked in the assembly tree with a padlock symbol.
In an HTML publication, a link is created that automatically positions the view in the interactive 3D display in such a way that the POI is in focus.

GRIPS Release Notes for Q3 2017
GRIPS Version 2017.03 Build 03 will be provided to all clients shortly, and we have already started delivering it.

Focus on consolidation
While developing GRIPS Version 2017, consolidation of the software was at the forefront of our thinking, meaning that GRIPS is perfectly equipped for future development. Examples:

Quiz: Are you a Movie and Book Language Rockstar?