You are here: Home / About / Blog / Languages / Gaeilge / Ar Skype a Chéile Clár Nua do TG4

Here’s an interesting release that came into us today, so we’d like to let all our Irish translators and readers know about it.

TG4 presenters Áine Goggins and Tomaí Ó Conghaile take separate journeys around Ireland to see just how dependent we are on social media to make things happen. Each week they are given a task which they have to perform within 48 hours. Áine will harness the power of technology and social media to make new friends, create networks and entice people out to help her. Tomaí will not. He will do it the old-fashioned way: meeting people in pubs, clubs and parish halls, using phone boxes and post offices, and sticking the thumb out for a lift along the way. Neither person can simply rely on their mobiles to make calls.

Ar Skype a Chéile is a play on the words of an Irish proverb, Ar Scath a Chéile, which means that with support from each other, we survive. But can Áine really survive in the real world and organise a speed dating night for example without asking for help in the traditional way? Can she muster enough social media friends to come out and support her endeavours in local communities and can Tomaí really mobilise people and make things happen without the power of Facebook, Twitter, YouTube etc?

This is a fun based series with both individuals pitched against each other against the clock as they try to make an impact in local areas. The entertaining results will tell us a lot about where we are as a society and whether our love affair with the internet can make a difference practically.

In the first episode, Tomaí is given 48 hours to organise a traditional cross roads céilí in rural Kerry, while Áine has to get as many online friends as possible to come along to a traditional Irish dance flash mob in a Donegal supermarket.

The six part series produced by Tobar Productions will be broadcast on TG4 in the Autumn, and is supported by the Irish Language Television Production Fund. 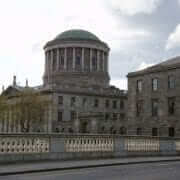 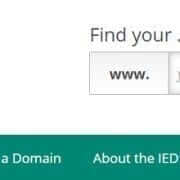 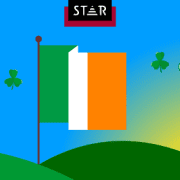 Bank Of Ireland: Payments to China Made Easy

Not translating into Irish could see legal cases dismissed
0 replies